Deadly Dance, described by Booklist as ‘masterfully constructed with a shock ending’ was published in paperback by the new Canongate crime imprint, Black Thorn, on October 3rd and the response has been very positive indeed.

Further to my blog yesterday about the play, here's the artwork, doesn't it look great!? You can read more about the project here. More a...
2 viewsWrite a comment
HB

Some Good News From 'Lockdown'

My first play, Dead Lies, is now scheduled to tour the UK, starting in September 2021. Covid permitting. Eek! Rather to my surprise Red E...
8 viewsWrite a comment
HB

Self Isolation in the Barrie-Bonner Household

Whilst the world is in virtual lockdown, Amanda and I have been trying to keep busy at home in Somerset. The Mirror newspaper spoke to Am...
255 viewsWrite a comment
HB

Dreams of Fear - get it on Kindle!

Thanks to all those who have already bought one of Hilary's recent releases. Dreams of Fear is now available on Kindle - you can check it...
50 viewsWrite a comment 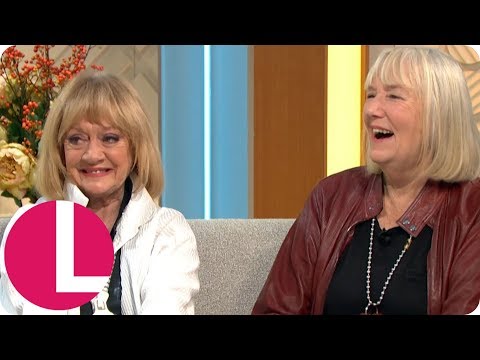 Hilary and Amanda appeared on ITV's "Lorraine" this morning. Here's the clip:
122 viewsWrite a comment
HB

Hilary and partner Amanda to appear on "Lorraine"

Keep your eyes peeled tomorrow morning as Hilary and her partner Amanda Barrie will appear on ITV's "Lorraine" show. Hilary posted about ...
134 viewsWrite a comment
HB

NEWS: Dreams of Fear SOLD OUT on Amazon. Find it on www.bookdepository.com.

Anyone kind enough to be trying to buy Dreams of Fear on line, please go to www.bookdepository.com. Amazon have temporarily sold out. The...
33 viewsWrite a comment
HB

New from Hilary: Dreams of Fear

Blog, October 12th 2019 And so October grows even more extraordinary! Have only just learned that I have three publications this month. N...
40 viewsWrite a comment
HB

Thursday took Hilary to Talk Radio HQ at London Bridge to discuss Deadly Dance and how it came to fruition with host Matthew Wright. Inci...
34 viewsWrite a comment
HB

Did you know Hilary had a ghost writer? To celebrate the publication of Deadly Dance, Hilary introduces her furry assistant Coco.
85 viewsWrite a comment
HB

October 3rd. 2019. And the good reviews keep coming. I wake up to yet another publication day. Deadly Dance is my 19th book. But you know...
70 viewsWrite a comment
HB

Blog: Autum is upon us

This Autumn is shaping up to be an exciting time for me with two new books out in October, hard on the heels of my fifth wedding annivers...
55 viewsWrite a comment
HB

DI VOGEL IS HUNTING FOR A KILLER
BUT HOW DO YOU TRACK AN INVISIBLE MAN?

Hilary Bonner’s white-knuckle thriller Deadly Dance is out NOW, and it’s already causing a major stir in the crime community!
With reviewers at The Mirror and The Daily Mail hugely excited to read, and almost 150 crime bloggers requesting through Netgalley.

In a matter of days, it’s already received several brilliant commendations from early readers, with plenty more to come:

‘A very captivating read . . . This novel captured my imagination so much that I finished the last 30% of the novel in a single read well into the early morning hours. The depth of the major character was most enjoyable’
Raymond

Hilary was a Fleet Street journalist for almost 25 years before writing her first novel, The Cruelty of Morning, which was published in 1995.

She was showbusiness editor of four national newspapers, and an assistant editor of one, spending several weeks every year in Hollywood interviewing some of the biggest stars in the world, travelling to film and TV locations all over the world, and covering 18 Cannes Film Festivals. They were heady days, and she still feels extraordinarily fortunate that, when the Fleet Street she knew began to radically change, she was given the opportunity to embark on a whole new career as a novelist.

Deadly Dance is the most complex and technically difficult novel she has ever attempted, and she believes that only the completion of a substantial body of work enabled her to bring it to fruition.

Dreams of Fear, her October 31st publication, is set on the North Devon coast, in and around the estuary town of Bideford, where Hilary was brought up.

Her father was a butcher and ran a tea shop, Cleverdon’s, still a thriving local business, which Hilary features in Dreams of Fear.